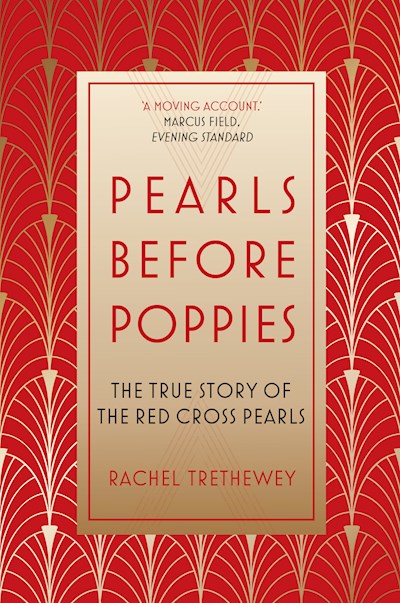 In February 1918, when the First World War was still being bitterly fought, prominent society member Lady Northcliffe conceived an idea to help raise funds for the British Red Cross. Using her husband’s newspapers, The Times and the Daily Mail, she ran a campaign to collect enough pearls to create a necklace, intending to raffle the piece to raise money. The campaign captured the public’s imagination. Over the next nine months nearly 4,000 pearls poured in from around the world. Pearls were donated in tribute to lost brothers, husbands and sons, and groups of women came together to contribute one pearl on behalf of their communities. Those donated ranged from priceless heirlooms –one had survived the sinking of the Titanic – to imperfect yet treasured trinkets. Working with Christie’s and the International Fundraising Committee of the British Red Cross, author Rachel Trethewey expertly weaves the touching story of a generation of women who gave what they had to aid the war effort and commemorate their losses. In this new, updated edition, the last string of Red Cross pearls is revealed for the first time and the story behind their discovery told.