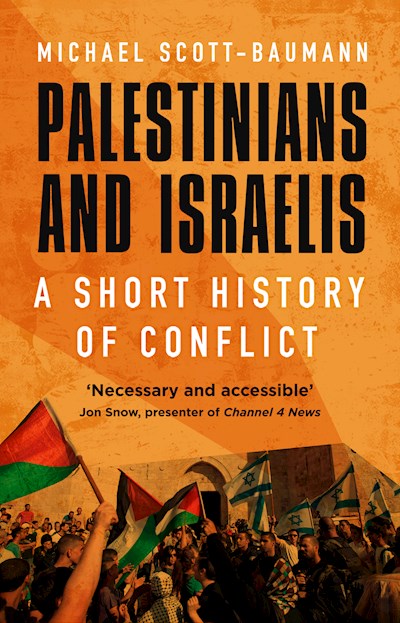 The conflict between Israelis and Palestinians is one of the most bitter struggles of modern times, with consequences that are felt around the globe. In this comprehensive and stimulating overview, Michael Scott-Baumann succinctly describes its causes and charts its history from the late nineteenth century to the present day.

Adopting a unique approach, each chapter starts with a lucid explanation of the politics and ends with personal testimony from the diaries, interviews and memoirs of Israelis and Palestinians whose lives have been marked by conflict. By presenting competing interpretations from both sides, Scott-Baumann examines the key flashpoints of the twentieth century including the early role of the British, the circumstances surrounding the establishment of the state of Israel in 1948, and the dramatic impact of the Six-Day War of 1967. The latter part of the book focuses on the nature of the Israeli occupation of the Palestinian territories, and resistance to it, a matter at the heart of the Israeli–Palestinian conflict in recent decades.

The result is an indispensable account for anyone seeking to understand the context behind today’s headlines, including analysis of why international efforts to restore peace have continually failed.