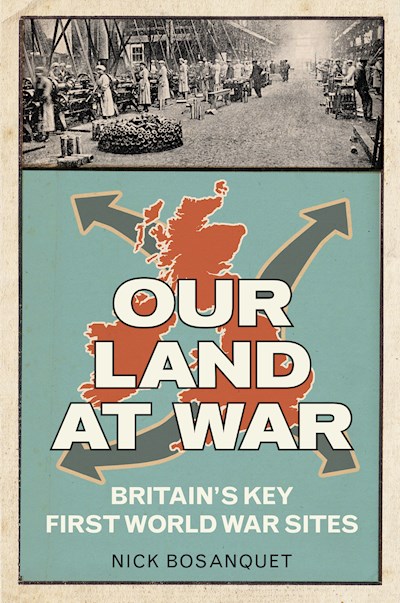 The First World War was a human catastrophe but it also saw a dynamic development of new weapons and a new kind of war; between the lions and the donkeys came the managers – and the workers — who transformed a nation into a war machine in 48 months. This book takes you on a journey to the key places that witnessed this war effort and those at all levels of society who brought about the change. The war created a new world of vast hutted camps and a new kind of transport system which even involved a lighted barrage across the Channel. From Aldershot – the home of the British Army, to the War Office in Whitehall, from Aberdeen to Yarmouth, this is Britain’s war mapped for the first time. This book uncovers where this national revolution took place and shows how you can find the hidden world of the First World War at the end of your road.