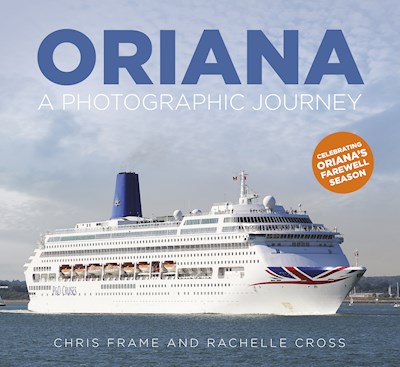 Oriana was the first in a new generation of British-based cruise ships specifically designed for the UK market. She was built by Meyer Werft in Germany and was named by HM the Queen, giving her fame and recognition from day one. Entering service in 1995, Oriana’s elegant design and sophisticated on-board ambiance meant she quickly became a firm favourite for cruise passengers both in the UK and abroad. Today, nearly twenty-five years after her launch, she is a much-loved modern classic. Her active cruising schedule has seen her visit ports across the globe including Hong Kong, Sydney and Cape Town, as well as countless calls to Southampton. Written and photographed by well-known maritime history authors Chris Frame and Rachelle Cross, Oriana: A Photographic Journey is an engaging visual tour of this remarkable ship, all from the comfort of your own living room. With Oriana’s 2019 departure from P&O Cruises, this book is a must-have keepsake for anyone who has sailed aboard Oriana or seen her during one of her calls, as well as all readers with an appreciation for cruise ships and the sea.