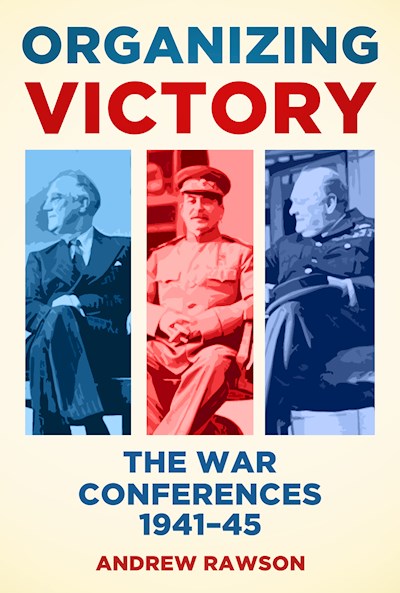 Between December 1941 and July 1945 the Allied Heads of State met nine times to decide the ongoing strategy of World War II with their chiefs of staff. President Franklin Roosevelt and Prime Minister Winston Churchill decided the strategies for the Mediterranean and the Far East at the Arcadia conference in December 1941, reconvening in Casablanca for the symbol conference in 1943. They then considered the European campaign at the Trident Conference in May and the Quadrant conference in August. Generalissimo Chiang Kai-Shek joined them in Egypt for the Sextant Conference in November 1943, while Premier Joseph Stalin welcomed them to Tehran for the Eureka conference. The Octagon conference in September 1944 reaffirmed the Allied partnership's commitment to the European campaign. They then travelled to Yalta in the Crimea the following February to agree with Stalin how to end the war in Europe at the Argonaut conference. At the final conference in Potsdam, Berlin, in July 1945 President Harry S. Truman took the place of the recently deceased Roosevelt and the new PM Clement Atlee replaced Churchill part-way through the conference. They discussed the chaos of Europe and an end to the campaign against Japan; Truman also took Stalin aside to tell him about the atomic bomb. He affected indifference 0- but his spies had forwarned him of its existence. Discover what they discussed though the edited minutes of the meetings. Read the reasons and the compromises behind the decisions. follow the heated discussions as the war turned in favour of the Allies - and learn how the foundations for the post war world were laid. This is a history in the raw, unmediated: how would you, as President of the United States, reply to Stalin's formal suggestion that between 50,000 and 100,000 of the German High Command be liquidated at war's end? All the minutes are supported by footnotes containing extensive supplementary information?