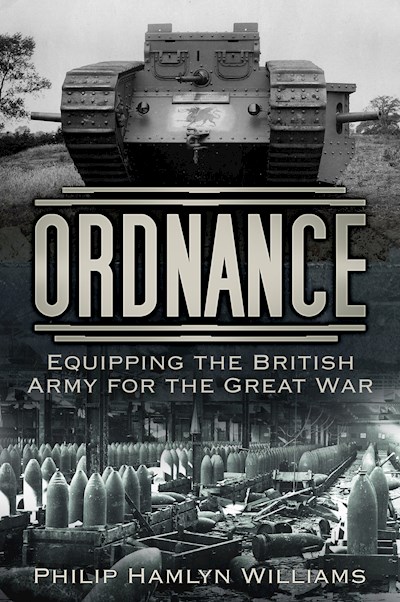 In August 1914, Kitchener’s ‘Contemptible Little Army’ was highly professional but small, equipped with only what they could carry – and they were facing a force of continental proportions, heavily armed and well supplied. The task of equipping the British Army was truly Herculean. Many able men had volunteered to fight in the trenches, and others would soon be called up, so this vital work was to be undertaken by the ordinary men and women left behind. In time, the government recognised the need for skills of engineering and logistics, and many of those who had survived the onslaught were brought back home to work. Ordnance is the story of these men and women. It traces the provision of equipment and armaments from raw material through manufacture to the supply routes that gave the British Army all the material it needed to win the war. It is a story of some failures, but also of ingenuity and effort on the part of ordinary people to overcome shortfalls in organisation. It is a story of some lessons learnt, but of others that weren’t, and these would have long-lasting repercussions.