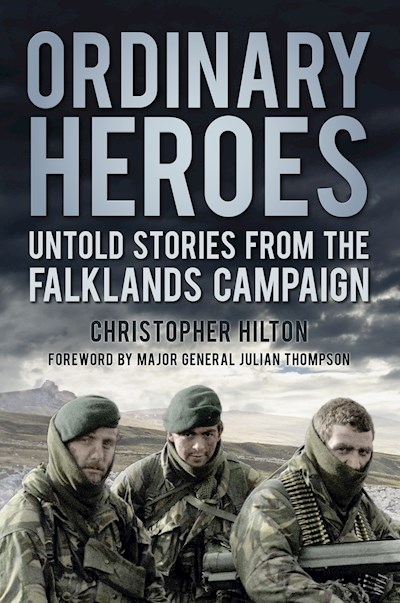 In 1982, 8,000 miles from home, in a harsh environment and without the newest and most sophisticated equipment, the smaller British Task Force defeated the Argentinian forces occupying the Falkland Islands and recaptured this far-flung outpost of what was once an empire. It was a much-needed triumph for Margaret Thatcher’s government and for Britain, but what was it really like for the men involved? Many books have been published on the Falklands Campaign, some offering accounts from participants, but Ordinary Heroes is the first one to consist only of interviews with the ordinary heroes. Seamen, marines, soldiers and airmen who achieved the victory are included, as well as those whose contribution is often overlooked: the merchant seamen who crewed ships taken up from trade, the NAAFI personnel who supplied the all-important treats that kept spirits up and the Hong Kong Chinese laundrymen who were aboard every warship. Published near forty years after the conflict, this book documents the harsh reality that was ‘Britain’s last colonial war’.