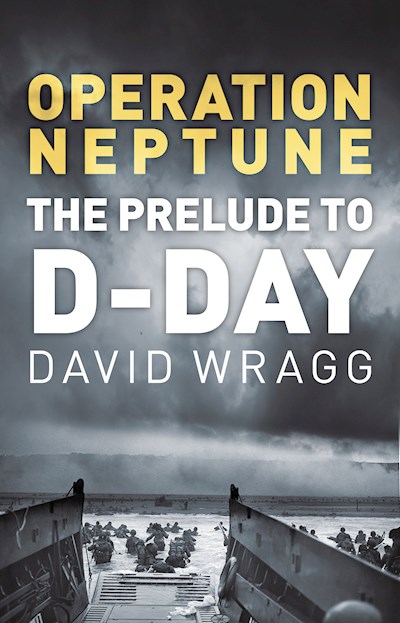 Long-awaited, the Normandy landings were the largest amphibious operation in history. Success was achieved by the advent of specialised landing craft – first seen in the landings in North Africa – heavy naval firepower and the creation of two artificial harbours, each the size of the port of Dover, and an underwater pipeline. Operation Neptune: The Prelude to D-Day tells the story of this incredible feat using eyewitness accounts of the landings and the breaching of Hitler’s famed ‘Atlantic Wall’. David Wragg explores the earlier Allied and Axis experiences with amphibious operations and the planning for Neptune and Overlord. He reveals the naval support needed once the armies were ashore and before continental ports could be captured and cleared of mines, with operations such as minesweeping off the Normandy coast, which led to one of the worst ‘friendly fire’ incidents of the war. This is the must-read book to understand what made D-Day possible.