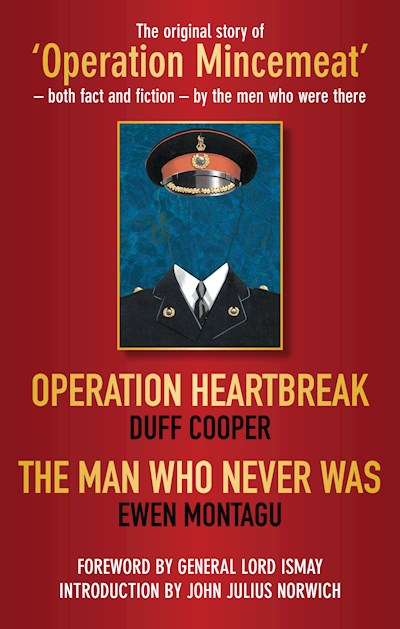 In the early hours of 30 April 1943, a corpse, wearing the uniform of an officer in the Royal Marines, was slipped into the waters off the south-west coast of Spain. With it was a briefcase, in which were papers detailing an imminent Allied invasion of Greece. As the British had anticipated, the supposedly neutral government of Fascist Spain turned the papers over to the Nazi High Command, who swallowed the story whole. it was perhaps the most decisive bluff of all time, for the Allies had not such plan: the purpose of 'Operation Mincemeat' was to blind the German High Command to their true objective - an attack on Southern Europe through Sicily. Though officially shrouded in secrecy, the operation soon became legendary (in part owing to Churchill's post-war habit of telling the story at dinner). it gave rise to two very different books. In 1950 came Duff Cooper's poignant navel Operation Heartbreak, a romantic tale, one which the government - right up to PM Clement Attlee - attempted to suppress. Its publication prompted the intelligence service to pressurise the operation's mastermind, Ewen Montagu, into writing a factual account, The Man Who Never Was. This book presents two accounts, fictional and factual, of one of the greatest intelligence operations ever undertaken, with an introduction by Duff Cooper's son, John Julius Norwich.