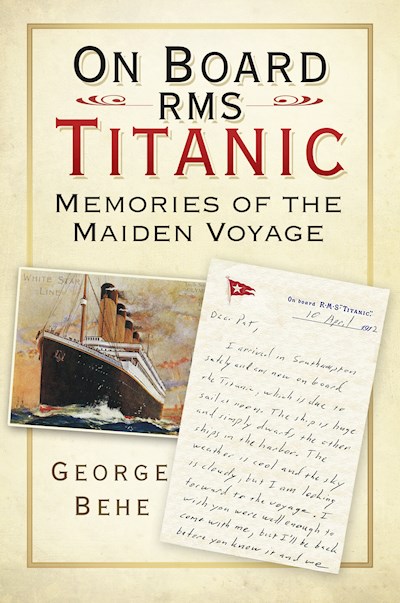 This is the very first book in which Titanic’s passengers and crewmen are permitted to tell the story of the disaster entirely in their own words via the texts of letters, postcards, diary entries and memoirs that were written before, during and immediately after the maiden voyage itself. Many of the pre-sailing documents were written by people who later lost their lives in the sinking and represent the last communications that these people ever had with their friends and loved ones at home. These letters and postcards give an unparalleled description of the events that occurred during the five days that Titanic was at sea, and the communications that were written by survivors after the sinking describe the horror of the disaster itself and the heartbreak they experienced at the loss of their loved ones. This moving book, by Titanic expert George Behe, also contains brief biographies of the passengers ̶ victims as well as survivors ̶ who wrote the documents in question.