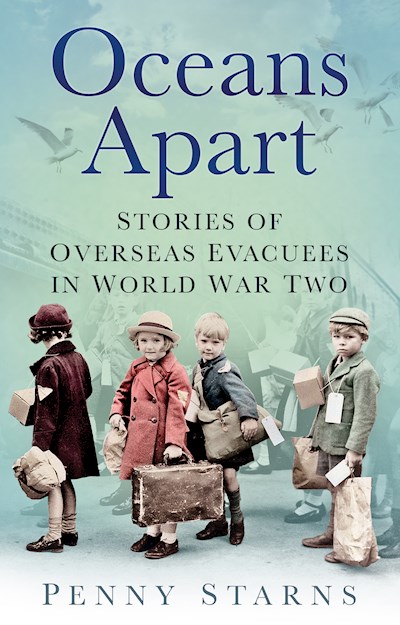 From May 1940, the Children’s Overseas Reception Board began to move children to Australia, South Africa, Canada and New Zealand for their own safety during the Second World War. The scheme was extremely popular, and over 200,000 applications were made within just four months, while thousands of children were also sent to be privately evacuated overseas. The ‘sea-vacs’, as they became known, had a variety of experiences.

After weeks at sea, they began new lives thousands of miles away. Letters home took up to twelve weeks to reach their destination, and many children were totally cut off from their families in the UK. While most were well cared for, others found their time abroad a miserable, difficult or frightening experience as they encountered homesickness, prejudice and even abuse.

Using a range of primary source material, including diaries, letters and interviews, Penny Starns reveals in heart-breaking detail the unique and personal experiences of sea-vacs, as well as their surprising influence on international wartime policy in their power to elicit international sympathy and financial support for the British war effort.