Norfolk in the First World War 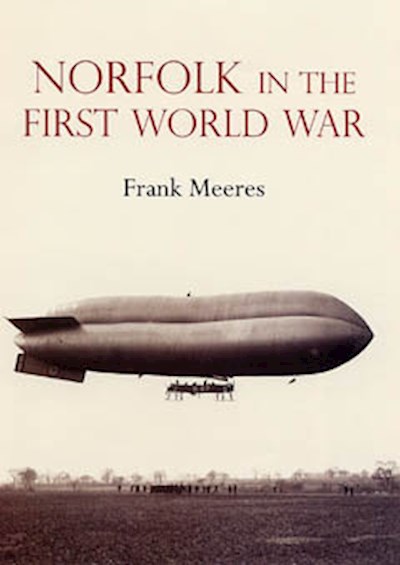 Norfolk in the First World War

What was life like for Norfolk people during the First World War? This book sets out to answer that question, largely through contemporary sources: letters, diaries and journals, together with a wide range of visual material. It looks at life on the battlefronts throughout the world, as well as men serving at sea and in the air. It focuses on the home front, too, and the widening contribution of women, both in such traditional roles as nursing and in a vast range of other occupations. The book considers many other issues, such as conscription, conscientious objection, air raids, fear of invasion and the dangers of war to local fishermen. It describes how these dramatic events affected the lives of ordinary people; their patterns of work, diet and social behaviour. The author also discusses the careers of world-famous Norfolk figures, such as Edith Cavell, the nurse who was shot by the Germans, and others who deserve to be better known like George Roberts, the Labour MP for Norwich whose strong support for the war gained him a seat in the Cabinet but drove him away from his former friends in the Labour Party. However, the book's main emphasis is on how men, women and children in the county lived, and sometimes died, during the four years of the Great War. After a chapter on 'strangers' within the county - refugees, prisoners of war and enemy aliens - the book ends by looking at how individual communities chose to remember their dead. The author is a well-known local historian who has long had a particular interest in the First World War. In a gripping narrative he has skilfully combined these two areas of expertise to produce a very readable contribution to the history of Norfolk. It will appeal as much to the younger reader interested in the past as to those senior citizens for whom that great conflict and its aftermath is still a living memory.