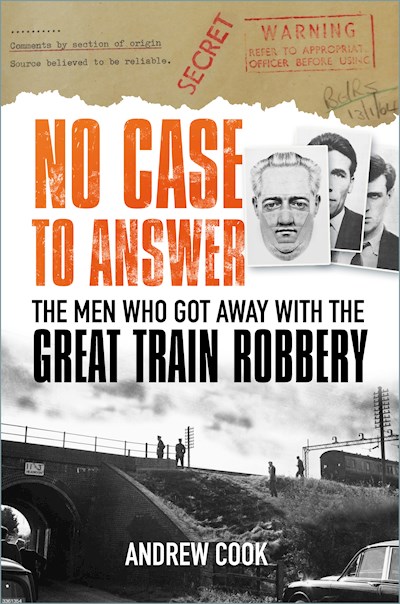 In the early hours of Thursday, 8 August 1963, sixteen masked men ambushed the Glasgow-Euston mail train at Sears Crossing in Buckinghamshire. Making off with a record haul of £2.6 million, the robbers received approximately £150,000 each (over £2 million in today’s money). While twelve of the robbers were jailed over the next five years, four were never brought to justice – they evaded arrest and thirty-year prison sentences, and lived out the rest of their lives in freedom. In stark contrast to the likes of Ronnie Biggs, Buster Edwards and Bruce Reynolds, they became neither household names nor tabloid celebrities.

Who were these men? How did they escape detection for so long? And how, almost sixty years later, are their names not common knowledge? In No Case to Answer, Andrew Cook gathers and examines decades of evidence and lays it out end-to-end. It’s time for you to draw your own conclusions.