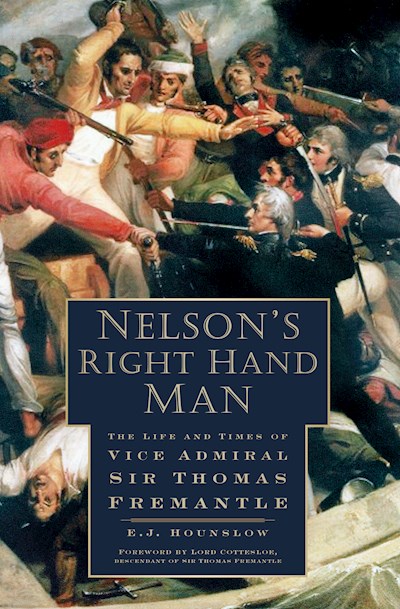 This is the story of Thomas Fremantle, one of Britain's greatest naval captains and Lord Nelson's closest friend and ally. The two, bound in friendship, were part of a Navy that ensured Napoleon could never invade Britain. The naval campaign culminated in the great victory at Trafalgar and, with the fleet in mourning for the loss of Admiral Nelson, it was Thomas Fremantle who towed the shattered Victory and Nelson's body back to Gibraltar. Promoted to Vice Admiral, Fremantle liberated the whole of the Adriatic from the clutches of the French revolutionary government and in doing so captured many ships, thus earning him and his family a fortune in prize money. Yet, there is more to Thomas Fremantle's story than his accomplishments at sea. He was also a lover, a husband and a doting father to his large family. Together with Betsey Wynne, the woman he wooed and subsequently married in Italy, he created a domestic idyll in the small Buckinghamshire village of Swanbourne. It is through Betsey's comprehensive diaries that we are able to gain a fascinating insight into her husband, the man behind the uniform.