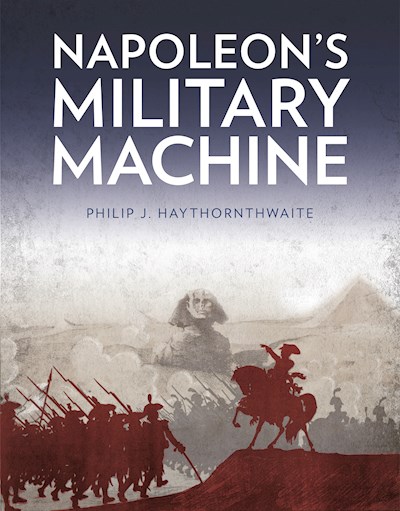 That Napoleon Bonaparte was one of the greatest military commanders in history is never in doubt. His rise was meteoric, and his successes awesome; and they were founded almost entirely upon military prowess. But the reasons for his successes were many and complex, and did not solely rely on a magnetic personality with a genius for strategy, but on a combination of factors some within and others outside of Napoleon’s control. Napoleon’s Military Machine presents a compelling analysis of these factors: ultimately, how Napoleon turned the ragged armies of the French Revolutionary Wars into the most efficient and professional military body in Europe at the time. All aspects of his forces are covered: their composition, appearance, weaponry and capabilities, how they marched, fought and died for their Emperor. Haythornthwaite brings his reputation as a leading Napoleonic historian to bear on the examination of all parts of the French army: the cavalry, infantry, artillery, Imperial Guard, staff and supporting services. Napoleon’s innovations and tactics are described, from Austerlitz to Waterloo, demonstrating the reasons for his success and for his later decline.