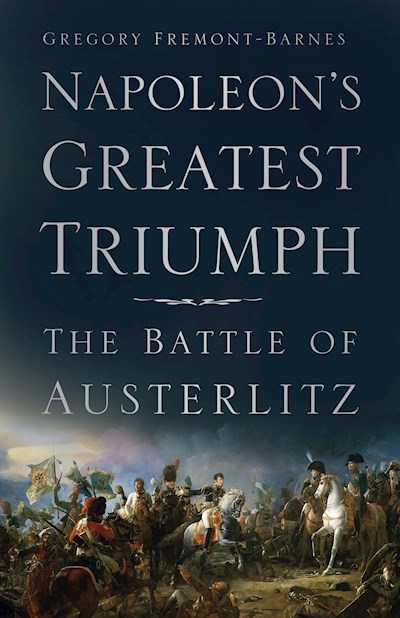 IN AUGUST 1805, Napoleon abandoned his plans for the invasion of Britain and diverted his army to the Danube Valley to confront Austrian and Russian forces in a bid for control of central Europe. The campaign culminated with the Battle of Austerlitz, regarded by many as Napoleon’s greatest triumph, whose far-reaching effects paved the way for French hegemony on the Continent for the next decade. In this concise volume, acclaimed military historian Gregory Fremont-Barnes uses detailed profiles to explore the leaders, tactics and weaponry of the clashing French, Austrian and Russian forces. Packed with fact boxes, maps and more, Napoleon’s Greatest Triumph is the perfect way to explore this important battle and the rise of Napoleon’s reputation as a supreme military leader.