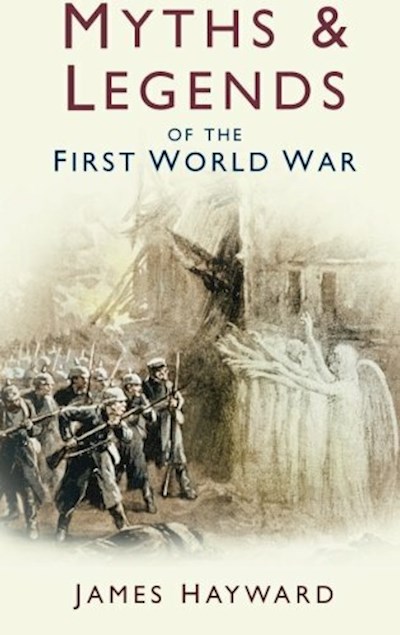 During the First World War, a rich crop of legends sprouted from the battlefields and grew with such ferocity that many still excite controversy today. This book is the first to examine the roots of those stories and reveal the truth. Some myths remain well-known. Did an entire battalion of the Norfolk Regiment vanish without trace at Gallipoli in 1915? Did thousands of Russian troops actually pass through England with snow on their boots? In 1914, an acute spy mania gripped the British public, who imagined that the country was brimming with German spies. Xenophobia, denunciations and attacks on dachshunds were rampant. Amazingly, there was even talk of enemy aircraft dropping poisoned sweets to kill British children. Myths such as the Angel of Mons and the Comrade in White were more innocent creations. With no radio or television, rumours of disaster were rife, and the apparition of mystical guardian spirits gave hope to the civilian population at home. Other stories, such as the so-called Crucified Canadian, and the existence of a gruesome German corpse rendering factory, were more sinister. Yet in an age of new and startling technologies such as poison gas, submarine warfare and the tank, such tales appeared believable. Using a wide range of contemporary sources, James Hayward traces the story of each myth and examines the likely explanation. Supported by a selection of rare photographs and illustrations, the result is a refreshingly different perspective on the common ‘mud and trenches’ view of the First World War, shedding fascinating new light on many curious and unexplained wartime tales.