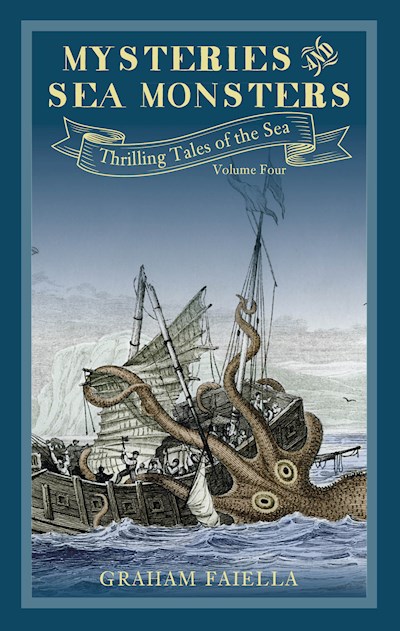 The sea realm has ever been mysterious: strange happenings upon it, an unfathomable abyss of ‘The Great Unknown’ below.

Before the scrutiny of scientific Enlightenment and Age of Reason, in the eighteenth century, ghost ships and oceanic monsters were the stuff of superstition, myth and legend to explain the inexplicable, to enthral the imagination – and enliven the unimaginable.

Narratives of phantom ships manned by ghostly (sometimes skeletal) crews, or damned like the Flying Dutchman to roam the seas forever; of sinister, sinuous sea serpents; and the lore of the terrible multi-tentacled kraken.

Accounts inspired spirited controversy amongst believers and sceptics, in the awestruck thrill of such frightful enigmas.