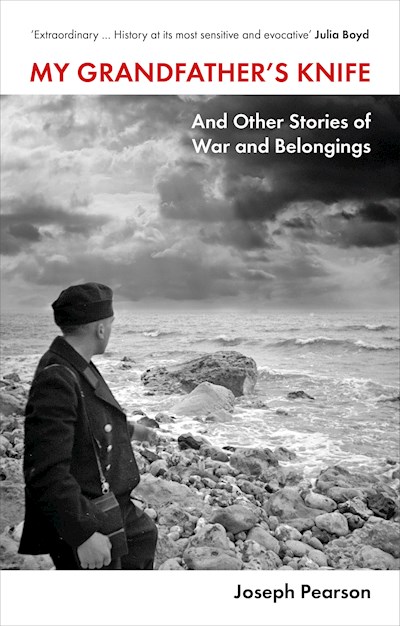 A knife adorned with a swastika and an eagle’s head … As a young boy, Joseph Pearson was terrified of the weapon hanging from a hook in his grandfather’s basement, a trophy seized from the enemy in battle.

When he later inherited the knife, he unlocked a story far more unsettling than he could ever have imagined. By then a writer and cultural historian living in Berlin, Joseph found himself drawn to other objects from the Nazi era: a pocket diary, a recipe book, a double bass and a cotton pouch. Although the past remains a painful subject in Germany, he embarked on a journey to illuminate their stories before they disappeared from living memory.

A historical detective story and an enthralling account of one historian’s search for answers, My Grandfather’s Knife is at once a poignant meditation on memory and a unique addition to our understanding of Nazi Germany.