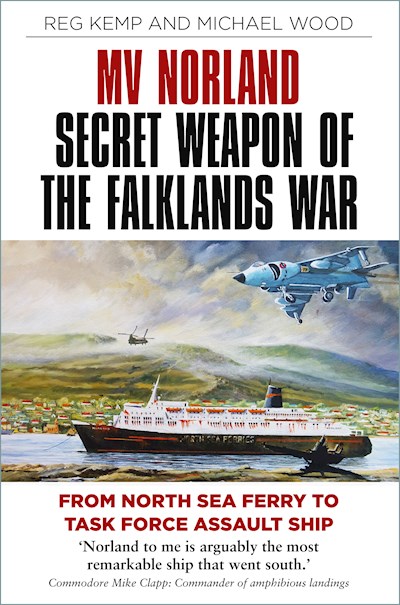 In 1982, North Sea ferry MV Norland transported passengers and vehicles between Hull and Rotterdam. Requisitioned as a troop ship to take the 2nd Battalion, Parachute Regiment to the Falklands, the ‘volunteer’ merchant navy crew were told they would only go as far as the Ascension Island and that they should think of it as an extended North Sea booze-cruise run. However, without notice Norland’s role was changed and it became the first vessel to enter San Carlos Water, ending up a sitting duck in ‘Bomb Alley’ air raids while disembarking troops and carrying out resupply runs.

Narrowly escaping sinking, the ship was used as a shelter for survivors and for collecting the Gurkhas from the QE2 in South Georgia, ready for disembarking in San Carlos Bay, before repatriating Argentine POWs. Long after the surrender, MV Norland provided a ferry service between the Falklands and Ascension Island. While many in the war served an average of 100 days, for the crew of the Norland it was ten months; indeed, they were considered the first in and the last out. This is a gripping account of non-combatant volunteers railroaded into serving in a war they hadn’t signed up for.