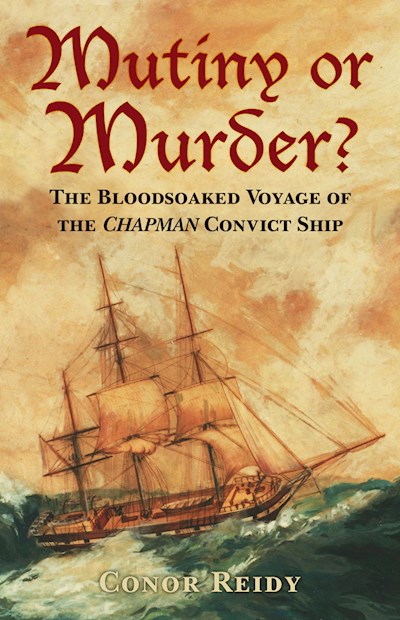 On 15 March 1817 the convict ship the Chapman departed from Cork with 200 male prisoners on board. When it dropped anchor off Sydney Cove four months later, its prison doors opened to reveal 160 gaunt and brutalised men. Twelve were dead and twenty-eight lay wounded in the hospital below deck. As officials pieced together the horrors of the voyage many questions arose. Why did Michael Collins claim that his fellow convicts conspired to take the ship? Why was Captain Drake unable to rein in the violent and sadistic Third Mate Baxter? Was there really an attempted mutiny on the Chapman? Or was this cold-blooded murder? Using daily journals from the crew, detailed testimony from several convicts and official colonial government correspondence, this book unravels what happened during those four months at sea. Tarnished by intrigue, suspicion and mutual hatred, this is the story of one of the darkest episodes in the history of penal transportation between Ireland and Australia.