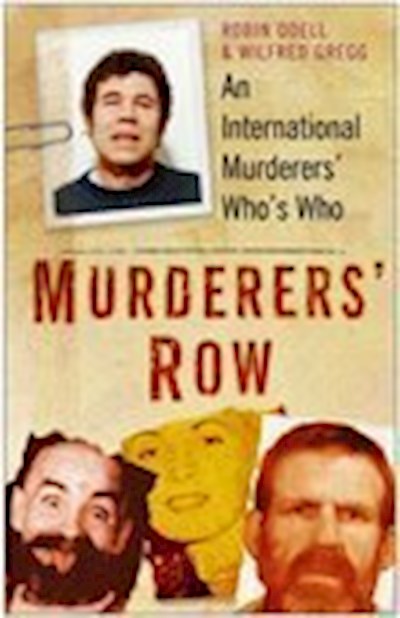 Criminoloogist Robin Odell has compiled this gruesome gallery of cases from all over the world, revealing the growth in serial slayings, contract killings and middle-class murders and investigating what motivates people to commit the ultimate crime. As well as gangsters and ordinary felons, the book includes doctors, millionaries, housewives, children, lawyers, accountants, officers and gentlemen who have succumbed to the killing instinct. Behind the sensational names concocted by the tabloid press - 'Boston Strangler', 'Dracula Killer', 'Night Stalker', 'Granny Killer' - lurk real murderers committing acts of violence in circumstances often more bizarre than fiction. Arranged in an easy-to-use A-Z format, the book contains over 500 cases from serial killers such as Dennis Nilsen and Ted Bundy, to those such as Jeremy Bamber and Steven Benson who dispatched their parents for money; from murderous New Zealand teenagers whose story made a successful film, to the many doctors and nurses who took life instead of saving it; from unsolved murders such as the murder of Little Gregory in France to the paid assignments of John Waynes Hearn, a Vietnam veteran who killed to order. The result is a classic of true crime, a definitive work on murder as a worldwide phenomenon.