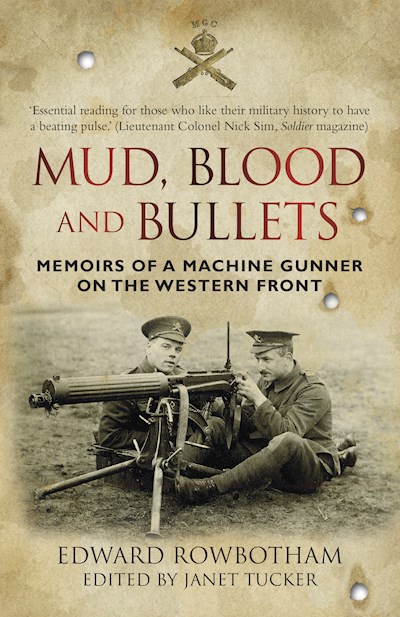 It is 1915 and the Great War has been raging for a year when Edward Rowbotham, a coal miner from the Midlands, volunteers for Kitchener’s Army. Drafted into the newly formed Machine Gun Corps, he is sent to fight in places whose names will forever be associated with mud and blood and sacrifice: Ypres, the Somme and Passchendaele. He is one of the ‘lucky’ ones, winning the Military Medal for bravery and surviving more than two-and-a-half years of the terrible slaughter, which wiped out all but six of his original company. He wrote these memoirs fifty years later, but found his memories of life in the trenches had not diminished at all. The sights and sounds of battle, the excitement, the terror, the extraordinary comradeship, are all vividly described as if they had happened to him only yesterday.