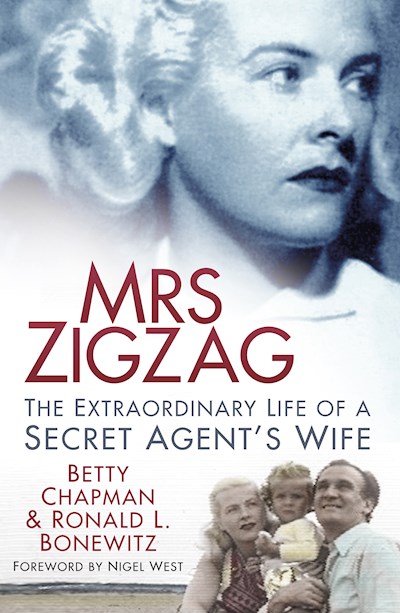 When Betty Farmer married double agent Eddie Chapman, Agent Zigzag, she knew her life would never be ordinary. Yet even before her marriage to Eddie, her life involved incendiary bombs, serial killers, film roles and love affairs with flying aces. After her marriage she coped with Eddie’s mistresses, his criminal activities, separations and personal traumas. Coming from humble origins, Betty would, in time, own a beauty business, a health farm and a castle in Ireland, become the friend and confidante of film stars and an African president, and the honoured guest of Middle Eastern royalty. In an age where women were still very much second-class, she became a perfect example of what, in spite of everything, was possible. Much has been written about Eddie Chapman, films have been made, television programmes produced. Yet alongside Eddie for most of his extraordinary life was an equally extraordinary woman: Mrs Zigzag. This book tells the story of the Chapmans’ often fraught but ultimately loving relationship for the first time.