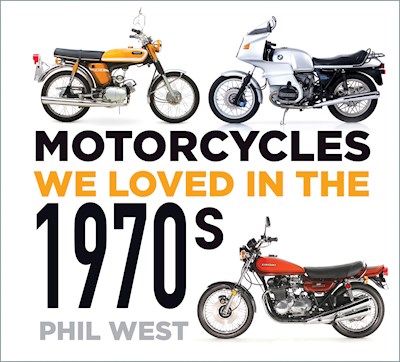 Few decades are as momentous, and memorable, as the 1970s. The years 1970–79 were rich, exciting and, for today’s fifty and sixty-somethings, a formative period of motorcycling in Britain.
It was an era that saw the passing of the baton from British to Japanese manufacturers: Norton, BSA and Triumph were overtaken by Honda, Kawasaki, Yamaha and Suzuki. Before long, multi-cylinder ‘superbikes’, such as the GT750, the XS750 and the GS1000, became the bikes idolised on many bedroom walls.
In bike sport, Barry Sheene surpassed the old guard of Mike Hailwood and Phil Read, while heroes such as Evel Knievel secured motorcycling’s place in popular culture. Celebrating fifty of the decade’s best bikes, journalist Phil West remembers all of this and more in this fascinating book. 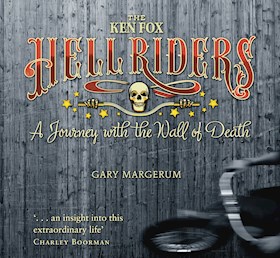 Riding the Wall of Death