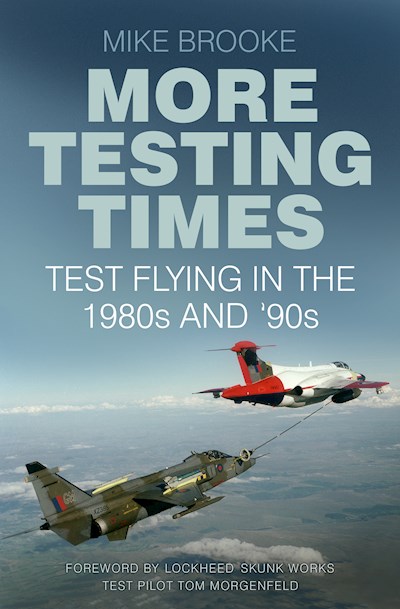 Following his first three successful books, describing his long career as a military pilot, Mike Brooke completes the story with more tales of test flying during the 1980s and ’90s. During this period his career changed to see him take control of flying at Farnborough and then at Boscombe Down, as well as off-the-cuff delivery missions to Saudi Arabia, ‘bombing’ in the name of science in the Arctic and the chance to fulfil a long-standing dream and fly the vintage SE.5a. This often hilarious memoir gives a revealing insight into military and civilian test flying of a wide range of aircraft, weapons and systems. As in his previous books, Brooke continues to use his personal experiences to give the reader a unique view of flight trials of the times, successes and failures. More Testing Times and its earlier volumes make for fascinating reading for any aviation enthusiast.