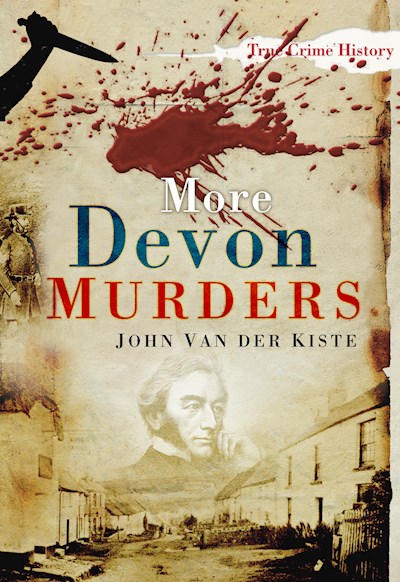 This chilling follow-up to Devon Murders brings together more murderous tales that shocked not only the county but made headline news throughout the nation. Covering the length and breadth of Devon, the featured cases include the stabbing of Walter Lechlade, a close associate of the Bishop of Exeter in 1283; the murder of Exeter lawyer Nicholas Radford in 1455, victim of a feud with the powerful Courtenay family; the suspicious deaths of baby George Lakeman at Buckfastleigh in 1817, and of the newly-married Laura Shortland near Blackawaton in 1884; the killing of Bridget Walsh by her lover at Plymouth in 1874; the case of baby farmer Annie Tooke, convicted of infanticide at Exeter in 1879; and the affair between Sidney Chamberlain and Doreen Messenger, a girl half his age, which led to her being strangled on Haldon Hill in 1949. John Van der Kiste’s well-illustrated and enthralling text will appeal to everyone interested in true-crime history and the shadier side of Devon’s past.