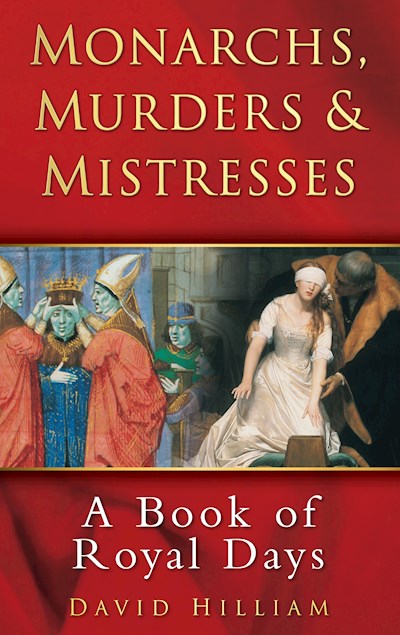 Which 'ill-prepared' monarch was on the English throne at the turn of the last millenium? How many English monarchs have been crowned on St George's Day? When, how and why did England 'lose' eleven days? Monarchs, Murders & Mistresses answers these questions and many more, presenting a royal event for each day of the calendar year in vivid detail with close-ups of the personalities involved. The book reveals the recurring occupational difficulties faced by the royal family over the centuries: as Shakespeare's Henry IV so memorably concludes, 'Uneasy lies the head that wears a crown'. Today the royal family is plagued by the press, but even 300 years ago Charles II felt the need to apologise to a crowd of onlookers for taking so long to die. Ranging from from the death of William III, who was killed by a mole to the beheading of Mary, Queen of Scots. These, and over 300 other tales of royal days, bring alive the drama of what it was, and is, to be a king or a queen.