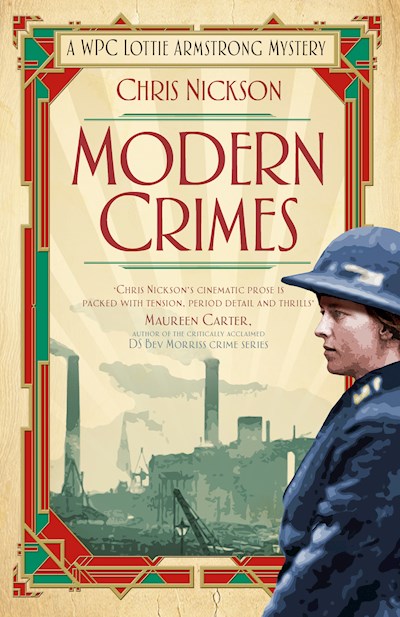 1924: Still reeling from the effects of the Great War, life in the city of Leeds is hard: poverty is rife, work is scarce and crime is becoming more sophisticated. Bravely entering this maelstrom is one of the city’s first policewomen to walk the beat, the resourceful, inquisitive and practical WPC Lottie Armstrong. Eager to prove herself and determined to succeed, Lottie faces apathy from colleagues and the general public alike until she suddenly finds herself on the trail of a missing girl that leads to the underbelly of the city and to murder. As Lottie uncovers a plot involving high level corruption, CID reluctantly find they need her knowledge and people skills, but as the truth is slowly laid bare Lottie’s bravery is tested to its limit in a breathtaking climax.