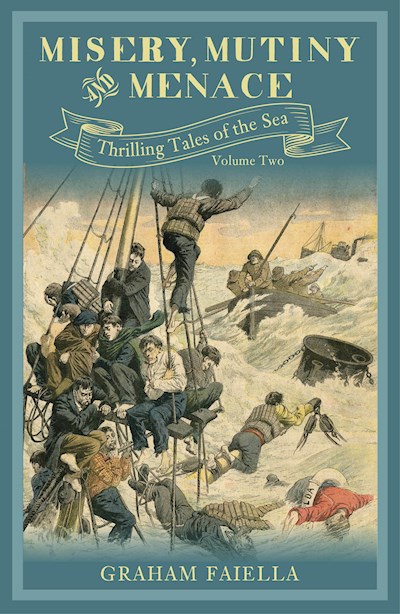 Life at sea in the nineteenth century was demanding and perilous. Seamen had to be able to rely on those around them. This was easier said than done. The sea could be, and still is, a place of constant and unpredictable danger, whether by storm, shipboard disease or threat from the crew. Stories of unimaginable cruelties inflicted upon crews by savage officers and treacheries committed by mutinous crews were the soap operas of the day. People followed the trials in the newspapers, hanging hungrily on to each new piece of detail. Tales of suffering, hardship and treachery were thrilling to those on land but also replete with piteous infamy.