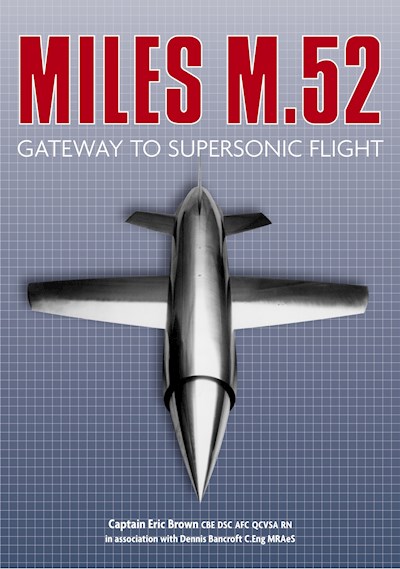 In December 1943, a top secret contract (E.24/43) was awarded to Miles Aircraft. The contract was to build the world's first supersonic jet capable of 1000mph. The only reliable source of data on supersonic objects came from the Armament Research Dept and their wind tunnel tests on ammunition. From this, Miles developed an exceptionally thin-winged, bullet-shaped aircraft. the research was inexplicably passed to the Americans in 1944. By December 1945, one prototype was virtually complete. The second, destined for an attempt at the sound barrier was 80 per cent complete. In February 1946, Capt Eric Brown was confirmed as the test pilot and October 1946 was set for the supersonic trials. However, on 12 February 1946, Miles were ordered to stop production. No plausible explanation was given for the cancellation when Britain was within six months of breaking the sound barrier. Eric Brown and others directly involved including Dennis Bancroft, the Chief Aerodynamicist on the M.52, have now come together to try and finally solve the mystery behind the cancellation.