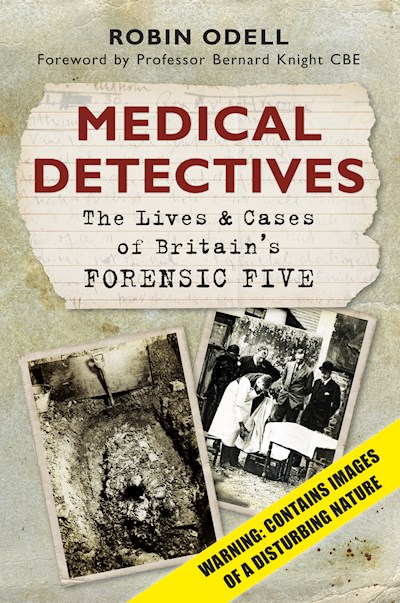 The development of forensic pathology in Britain is told here through the lives of five outstanding medical pioneers. Spanning seventy years, their careers and achievements marked major milestones in the development of legal medicine, their work and innovation laying the foundations for modern crime scene investigation (CSI). Bernard Spilsbury, Sydney Smith and Professors Glaister, Camps and Simpson were the original expert witnesses. Between them, they performed over 200,000 postmortems during their professional careers, establishing crucial elements of murder investigation such as time, place and cause of death. This forensic quintet featured in many of the notable murder trials of their time, making ground-breaking discoveries in the process. They were treated as celebrities by the media, and news that they were ‘on the case’ featured in numerous headlines. In the best traditions of scholarship, they also worked as teachers, passing on their knowledge and experience to future pathologists.