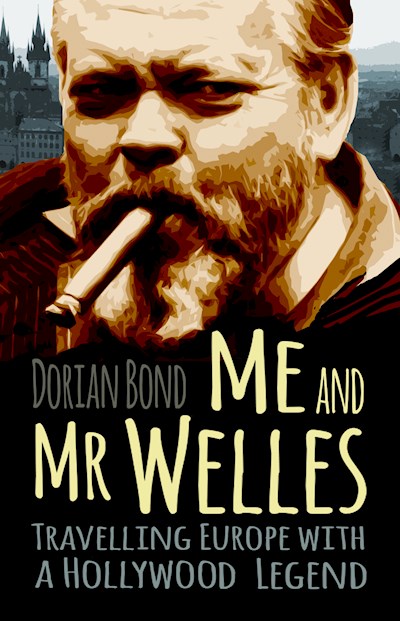 In late autumn 1968, Dorian Bond was tasked with travelling to Yugoslavia to deliver cigars and film stock to the legendary Hollywood director Orson Welles. The pair soon struck up an unlikely friendship, and Welles offered Bond the role of his personal assistant – as well as a part in his next movie. No formal education could prepare him for the journey that would ensue. This fascinating memoir follows Welles and Bond across Europe during the late 1960s as they visit beautiful cities, stay at luxury hotels, and reminisce about Winston Churchill and Franklin Roosevelt, among others. It is filled with Welles’ characteristic acerbic wit – featuring tales about famous movie stars such as Laurence Olivier, Marlene Dietrich and Steve McQueen – and is a fresh insight into both the man and his film-making. Set against the backdrop of the student riots of ’68, the Vietnam War, the Manson killings, the rise of Roman Polanski, the Iron Curtain, and Richard Nixon’s presidency, Me and Mr Welles is a unique look at both a turbulent time and one of cinema’s most charismatic characters.