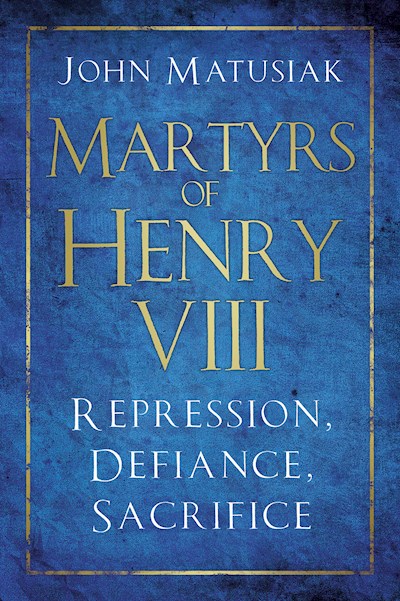 Tudor England was a place of religious upheaval and uncertainty, as the Catholic church was replaced by the Church of England, with Henry VIII at its head. When Henry VIII passed through Canterbury in 1532, a young woman named Elizabeth Barton, known as the Holy Maid of Kent and widely revered as a visionary, warned him that he was ‘so abominable in the sight of God that he was not worthy to tread on hallowed ground’. Two years later she was executed as an enemy of the state, but she would not be the last to be punished for her faith – the summer of 1535 would see many others suffer the same fate. On 14 June 1535, Carthusian monk Sebastian Newdigate was dragged to Tyburn and hanged, drawn and quartered for his continued loyalty to the Catholic faith. On 22 June 1535, John Fisher was beheaded on Tower Hill for upholding the Roman Catholic Church’s doctrine of papal supremacy. On 6 July 1535, former Chancellor of England Sir Thomas More was executed for refusing to acknowledge Henry VIII as the Supreme Head of the Church. All three were recognised as martyrs and beatified by the Catholic church in 1886, with Sir Thomas More and John Fisher recognised as saints. In Martyrs of Henry VIII, John Matusiak brings the lives of these Catholic martyrs together in a joint biography that opens a window into one of the most dangerous periods of England’s religious history.