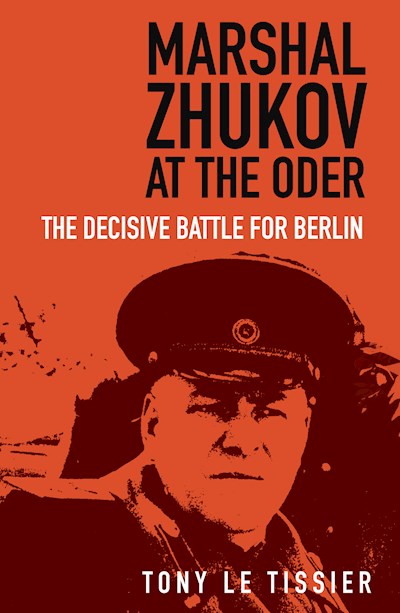 On 31 January 1945, in the dying months of the Second World War, the first Red Army troops reached the River Oder, barely 40 miles from Berlin. Everyone at Soviet Headquarters expected Marshal Zhukov’s troops to bring the war quickly to an end. Despite bitter fighting by both sides, a bloody stalemate persisted for two months until the Soviet bridgeheads north and south of Küstrin were united and the Nazi fortress finally fell.

Marshal Zhukov at the Order is an impressively detailed account of the Nazi–Soviet battles in the Oderbruch and for the Seelöw Heights, east of Berlin. They culminated in April 1945 with the last major land battle in Europe that proved decisive for the fate of Berlin – and the Third Reich. Drawing on official sources and the personal accounts of soldiers from both sides who were involved, Tony Le Tissier has reconstructed the Soviets’ difficult breakthrough on the Oder, documenting the final death throes of Hitler’s Thousand-Year Reich.