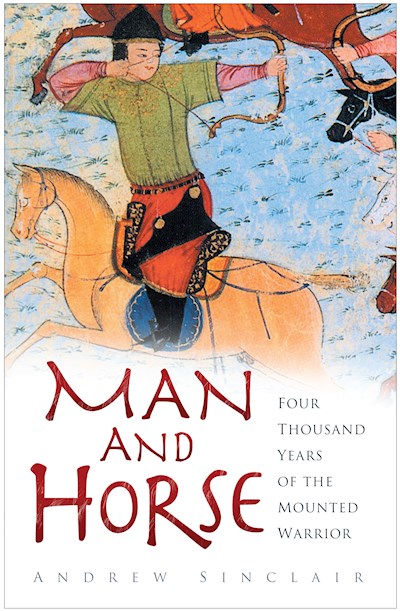 Man and Horse is a magisterial history of the mounted warrior and the relationship with his steed. Andrew Sinclair takes as his inspiration Walter Prescott Webb’s seminal work, The Great Plains. The horse until very recently has been the decisive factor in determining military success. Great exponents of the art of equestrian warfare include, Alexander the Great, Hannibal, King Arthur, Saladin, the Knights of the Templar, the Reivers of the Scottish Borders, the Mongols, North American Indians, the Confederate forces during the American Civil War and the Boers. Sinclair also explores the uses of the horse by highwaymen and figures such as Ned Kelly. Andrew Sinclair brilliantly shows that the art of warfare from horseback with its culture of mobility has always been at conflict with the urban domesticated culture. This tension has created much of the great art and culture of humankind. This is a hugely ambitious and exhilarating book that cannot fail to enthral and stimulate.