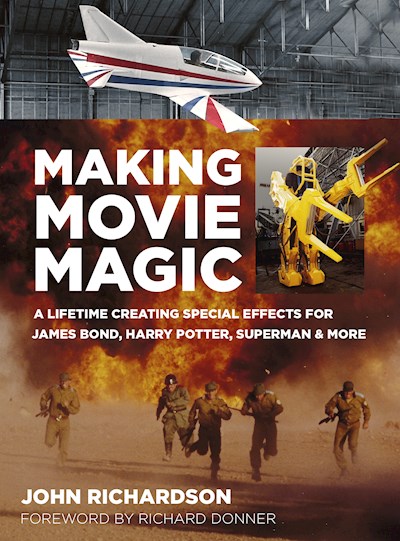 JOHN RICHARDSON is an Oscar-winning special effects supervisor and designer, who has been involved in over 100 movies, including nine James Bond adventures, all eight Harry Potter films, Aliens, Superman, A Bridge Too Far, Straw Dogs, The Omen, Cliffhanger, Far and Away, Willow . . . and many, many more. In creating the magic that flows through these films – by creating huge explosions, beheading people, producing futuristic gadgets, making a man fly or breathing life into creatures that amaze and haunt us – Richardson has come to hold a unique place in cinema history. The son of pioneering FX technician Cliff Richardson, he learned his trade at the feet of a master of the craft. With over five decades of adventures under his belt, and a vast photographic collection of unseen pictures, Richardson now lifts the lid on his exciting and fascinating career of making movie magic.