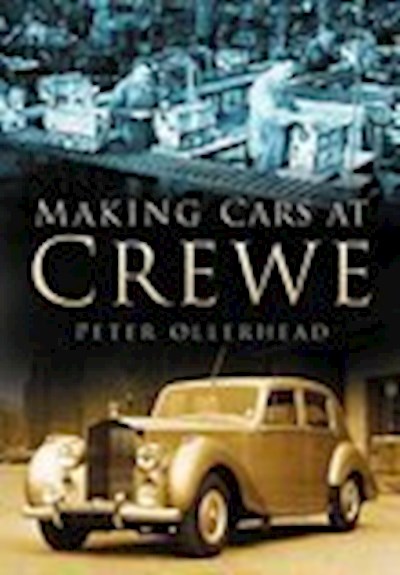 In 1998, there was the latest in a long and complex history of takeovers that had bedevilled Rolls-Royce and Bentley since the companies were founded. This resulted in Volkswagen taking ownership of the factory in Crewe, together with the Bentley range and name, while BMW moved Rolls-Royce production to a new site in Sussex. On 30 August 2002, the last Crewe-built Rolls-Royce rolled off the production line, bringing the era of Crewe-built Rolls-Royces to an end. Peter Ollerhead, an ex-Rolls-Royce employee, has spent years researching the history of the company in Crewe, from 1938 to 1998, focusing on the endeavours and the experiences of its employees: this is a book about people. The detailed text, illustrated with over 80 photographs, explains how the initial establishment of a Merlin aero engine factory was thwarted by the problems of building on a greenfield site, where the early days of skill shortages, a chronic need for housing and a strike were followed by a bombing raid in 1940, in which seventeen employees were killed. The arrival of car production just after the Second World War is fully covered, as are the other enterprises that helped to keep the company afloat, from War Department power units to hip joints for the NHS. Despite a troubled history - with two major fires, bankruptcy and large-scale redundancies - Rolls-Royce was Crewe's largest employer for many years, produced the world's best luxury cars, and influenced and shaped the town as no other company has done. This book is a fitting tribute to the generations of workers who made it all possible.