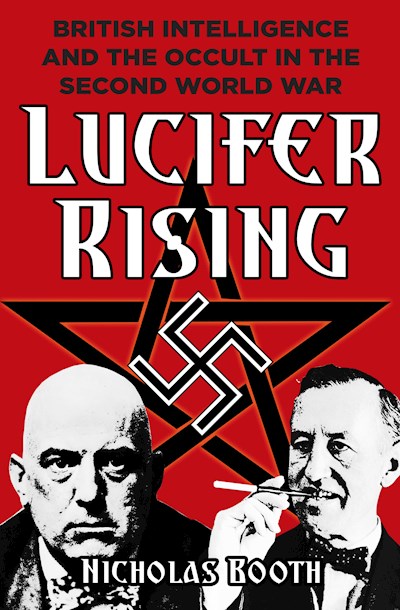 Summer 1940. In the desperate fight against Nazi Germany, nothing is considered too outlandish, so the British secret services turn to figures from the occult world to help turn the tide of war. What begins as a mission to understand Hitler’s supposed astrological advice soon becomes more bizarre, with often hilarious, unintended consequences. It is a story of misinformation, false predictions and some of the most surreal secret operations of the Second World War. Incredibly, it is all true. Featuring an eccentric cast of characters, including the creator of James Bond, a cross-dressing astrologer, a spymaster who walked around in public with his pet bear and the self-proclaimed ‘wickedest man in the world’, best-selling author Nicholas Booth weaves together an amazing narrative of spying, sabotage and black propaganda. Using hitherto secret files – many only released in the last few years – Lucifer Rising unravels for the first time the myths surrounding these operations, culminating with perhaps the most curious of all: the arrival by parachute of Rudolf Hess in Scotland in May 1941.