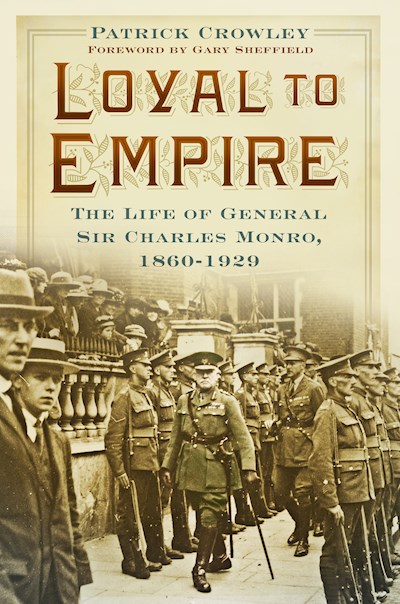 Winston Churchill did not describe General Sir Charles Monro in the most glowing terms. Referring to Monro’s brave decision to recommend a withdrawal from the Gallipoli disaster, Churchill said: ‘He came, he saw, he capitulated.’ Monro was one of a handful of senior officers selected to command a division with the British Expeditionary Force in 1914 and also led a corps on the Western Front as the war progressed. After Gallipoli he was instrumental in supporting the war effort from India as commander-in-chief and was directly involved in the aftermath of the Amritsar massacre by Brigadier General Dyer. His earlier life included distinguished service on the North West Frontier and in South Africa, and he was responsible for dramatically improving tactics within the army. Loyal to Empire brings to life the interesting character of General Monro, perhaps the least well known of all the British First World War commanders, and reassesses the legacy of his important military contributions.