Love Letters from a Desert Rat 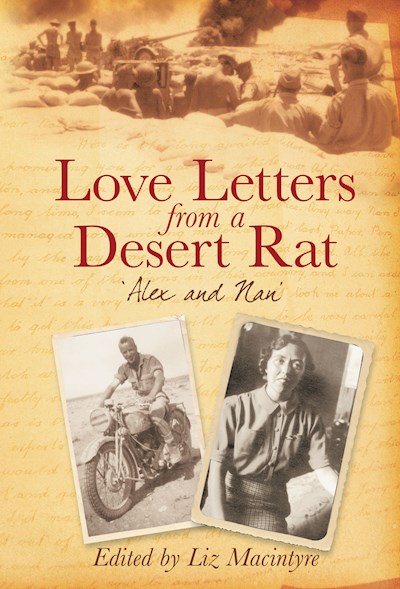 Love Letters from a Desert Rat

When Liz Macintyre's mother died she found a collection of 300 letters from her father Alex, spanning his service in Italy and Egypt in the Second World War. His career began in 1940 sailing down the west coast of Africa, then up to Egypt, and the next few years were spent chasing Rommel and the Afrika Corps all over North Africa. By 1943 he was in mainland Italy, where he spent the rest of the war. Beautifully written, Alex's letters offer an intimate account of war from a regular 'desert rat' and cover such daily matters as football, insects and sandstorms alongside accounts of survival in the Italian mountains, escape during the retreat at Tobruk, and leave in Cairo and Palestine. Nan wrote as many letters to Alex as he wrote to her, but he had a ritual of burning the letters as he went so that he would not have to carry them with him and sadly none have survived. However, Alex's letters often answer her questions point by point so the reader can easily envisage Nan's feelings as well as following Alex's personal account of war.