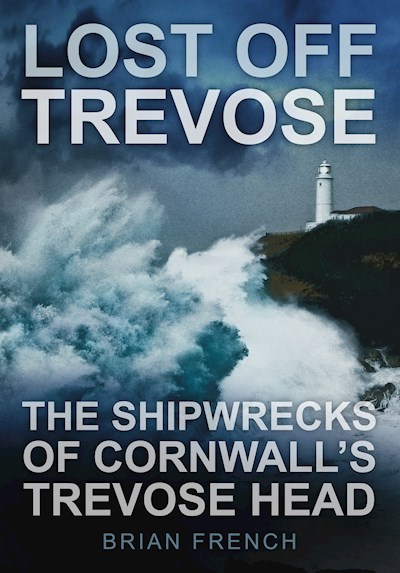 The ship that will not obey the helm must obey the rocks. Trevose Head, the land mass jutting out into the Atlantic from North Cornwall's shore, has been called the Lizard of the North Coast. This beautiful but inhospitable coast has seen many disasters over the centuries, from ocean-going sailing ships blown off course to coastal vessels bound for Wales and the Bristol Channel foundering and colliding, and colliers blowing up. Both world wars also saw intense activity off Trevose as German U-boats attempted to prevent supplies from reaching the UK. The torpedoing of HMS Warwick in February 1944 deeply affected the whole community. This illustrated history reveals the many shipwrecks to plague the notorious Trevose Head and considers the development of safety at sea, starting with the erection of Trevose Lighthouse in 1857, a project strenuously opposed by most seafarers at the time as it was believed that lighthouses attracted pirates like moths to a flame. A must for all shipwreck and local historians and those with a love of the Cornish coastline.