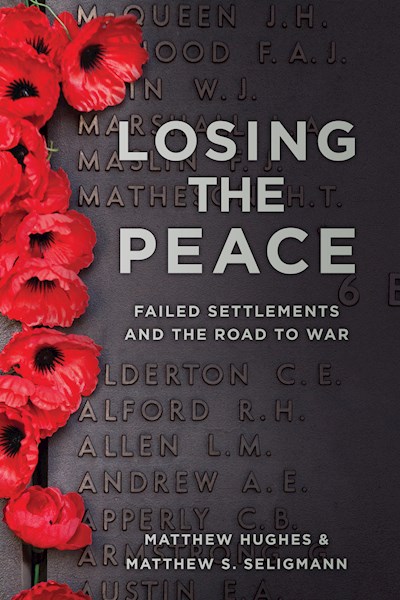 Many of the major wars of the 20th century emerged from the ruins of previous peace settlements. French hostility to the Treaty of Frankfurt of 1871 contributed to the tense political climate that culminated in the First World War; German resentment of the Treaty of Versailles helped to create the conditions necessary for Hitler’s attempt to reshape Europe by force in the Second World War. Likewise, the Cold War had its roots in the outcome of the titanic Russo-German struggles of 1914-17 and 1941-5. Beyond Europe, post -1945 wars in Korea, China, the Middle East and Indochina all had their origins in failed peace settlements. Why did peace so often collapse in this period? What was the causality that led from peace to war? Drawing on a series of case studies, Losing the Peace provides a comprehensive study of the key themes of peace and war and answers the question of why peace has so often failed in the modern era. Matthew Seligmann, an expert on Anglo-German relations before 1914, is Reader in History at the University of Northampton. His most recent books include Spies in Uniform: British Military and Naval Intelligence on the Eve of the First World War (2006) and Naval Intelligence from Germany (2007) Matthew Hughes is Reader in History at Brunel University, a former editor of the Journal of the Society for Army Historical Research (2004-08), and from 2008 to 2010 holds the Major-General Matthew C. Horner Chair in Military Theory at the US Marine Corps University, Quantico. His recent publications include the Palgrave Advances in Modern Military History (2006).