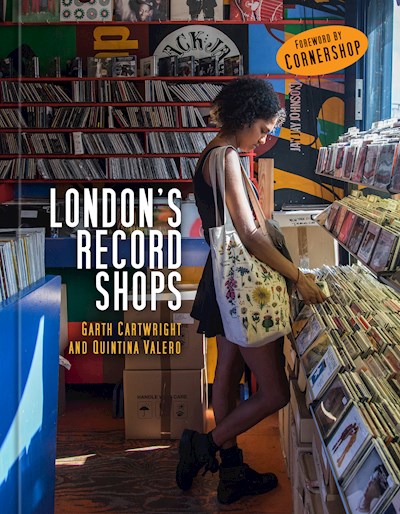 A Notting Hill Carnival city. A rock city. A rave city. A reggae city. A city of deep soul and funky jazz. A city where, from the Rolling Stones to Stormzy, cutting-edge music has constantly been created … London rules the game.

London’s Record Shops celebrates the greatest vendors of recorded music in the world's foremost record-shop-city. From Brixton dub shacks and Hackney vinyl boutiques to Camden’s rockabilly ravers and Soho's feted jazz and dance shops, through Rough Trade and Honest Jon's to Sound of the Universe – these brilliant (sometimes eccentric, always engaging) emporiums are documented with striking photographs and incisive interviews. Anyone who loves music and/or London will find this book engaging and informative.