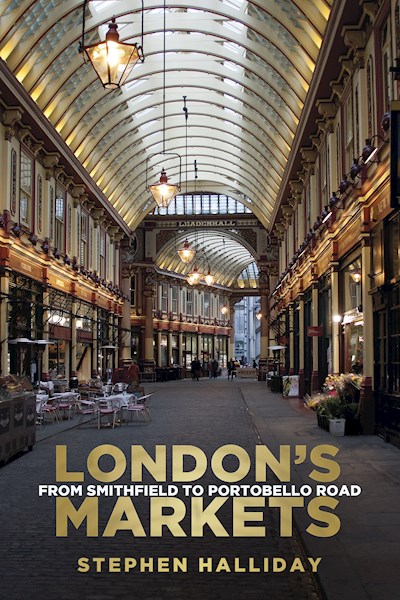 London is a city of markets: markets in meat, fish, fruit, vegetables, money, insurance, shipping and, occasionally, in stolen goods. As both a major port and the nation’s capital, it was almost inevitable that commerce became the bedrock on which the city has risen to be one of the world’s greatest modern marketplaces. Many of today’s street names remind the observant pedestrian of the commercial centres that were to be found in them in times past: Bread Street, Milk Street and Ironmonger Lane; London’s market history is all around us. Stephen Halliday’s book is a comprehensive account of the long, lurid and often controversial history of London’s markets, from Roman Londinium to the London of Boris Johnson, as well as a guide to visiting them (and emerging with a bargain). He explores the historic markets still in existence, and the sites of those that no longer exist, and recounts the fascinating stories of the famous, not-so-famous and sometimes infamous Londoners who have populated them, both as buyers and sellers, through the ages.