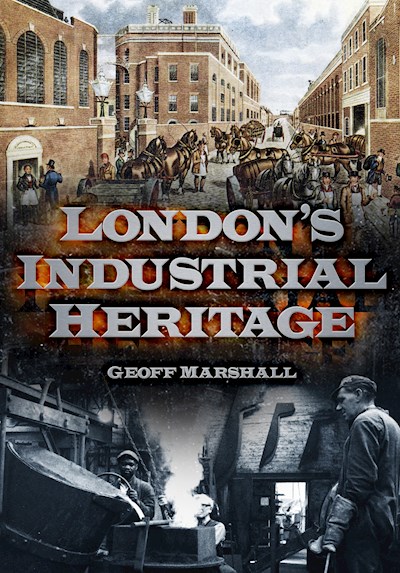 Did you know that apart from Lancashire, the greatest concentration of Boulton & Watt steam engines was in London, demonstrating the enormous and often overlooked significance of London as an industrial centre? The story behind the many industries found in the capital is described in this unique book. London once had scores of breweries; the world’s first plastic material was synthesised in the East End; there was even a gasworks opposite the Palace of Westminster. Clerkenwell was a centre for watch and clock makers; the River Thames used to be full of colliers bringing coal from Newcastle; Joseph Bramah invented his water closet and hydraulic pump here, and Henry Maudslay made machines to make machines. Many household names began in London: Schweppes, Crosse & Blackwell, and Vauxhall motor cars. The list of fascinating facts goes on. In this, the first book of its kind on the subject, Geoff Marshall provides an enthralling overview of London’s industrial face through history.