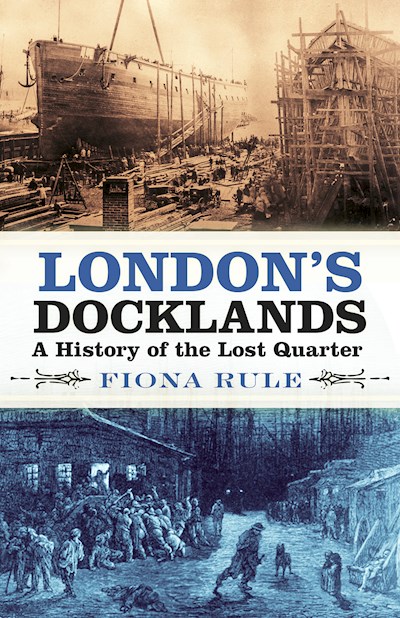 Do you remember the docks? In its heyday, the Port of London was the biggest in the world. It was a sprawling network of quays, wharves, canals and basins, providing employment for over 100,000 people. From the dockworker to the prostitute, the Romans to the Republic of the Isle of Dogs, London’s docklands have always been a key part of the city. But it wasn’t to last. They might have recovered from the devastating bombing raids of the Second World War – but it was the advent of the container ships, too big to fit down the Thames, that would sound the final death knell. Over 150,000 men lost their jobs, whole industries disappeared, and the docks gradually turned to wasteland. In London’s Docklands: A History of the Lost Quarter, best-selling historian Fiona Rule ensures that, though the docklands may be all but gone, they will not be forgotten.