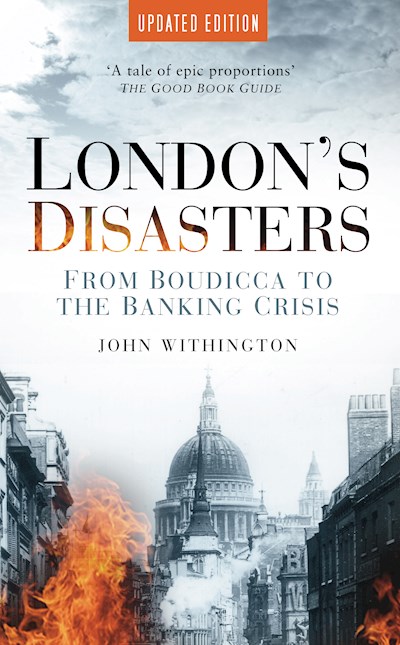 From AD 61, when Queen Boudicca – outraged at her treatment at the hands of the Romans – marched on the city and burned it to the ground, London has been hit by wave upon wave of destruction. This fascinating and unique book tells the story of over 2000 years of disaster – fire, water, disease, pollution, accident, storm, riot, terrorism and enemy action. It chronicles well-known episodes like the Great Plague of 1665 and the Blitz, as well as lesser-known events such as whirlwinds and earthquakes. This new edition also includes the recent terrorist attack on 7 July 2005, as well as a new section on the crises which have plagued the financial City, including the near-collapse of Britain’s banks during 2008 and 2009. London’s Disasters ultimately celebrates the spirit of the people of London who have risen above it all and for whom London is still a great city in which to live and work.