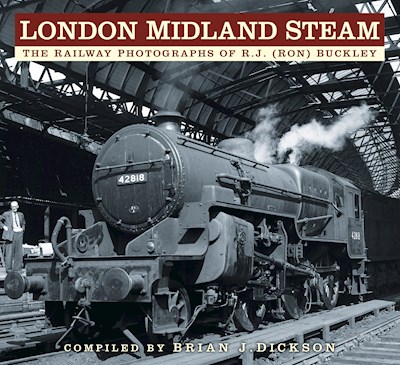 Beginning in 1936, just two years after Ron Buckley started what was to be almost half a decade working for the railways, London Midland Steam shows the changes in locomotive power taking place throughout the London Midland and Scottish Railway and its successor, the London Midland Region of British Railways. The photographs show the design work of Samuel Johnson, Henry Fowler, John Aspinall, George Hughes and William Stanier, featuring celebrated locomotives such as Fowler’s three-cylinder ‘Royal Scot’ class and Stanier’s impressive ‘Princess Royal’ and ‘Princess Coronation’ classes, as well as the ‘Black Five’ and ‘Jubilee’ classes. With previously unpublished images from Buckley’s archive and expert captions from Brian Dickson, London Midland Steam is a unique look at the glory days of steam.