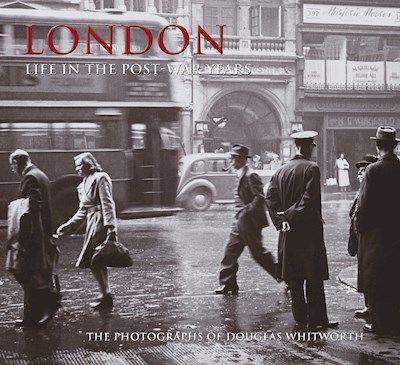 These evocative images of London were taken in the years immediately following the Second World War. They are the work of Douglas Whitworth and capture the atmosphere of the time as the capital began to get back to something resembling normal life. Fleet Street was still the heart of the newspaper industry, docklands buzzed with shipping activities and the West End had just regained its famous lights after years of enforced blackout. Views from the dome of St Paul’s show the extraordinary extent of wartime bomb damage to the city. The Festival of Britain, a tonic to the nation in 1951, and the Coronation of Queen Elizabeth in 1953 are featured as well as a succession of nostalgic views around some of London’s most famous streets. This is one man’s portrait of a great city at a significant time in history and one that provides an important and timely record of the period.